“Smile Mark!” is not something one would typically hear in the kitchen stadium, but at Battle Apps, both mothers-of-the-chefs were in attendance. Cheering family and friends stood amongst myriad video cameras as some majorly combative cuisine went down.

On Tuesday, September 12, Chef Kyle Puddester, heralding from the newly opened Fork in Witless Bay, went ladle-to-ladle with Chef Mark McCrowe, Newfoundland’s first Chopped Canada winner, and a consultant for the new menu at The Sundance.

Piatto’s Midtown location was turned into a veritable Iron Chef arena as the two local chefs battled it out for triumphant toothsome glory. The heat in the restaurant was palpable; not just from the speed of cooking, but from the two roaring pizza ovens the contenders were using to prep their dishes.

St. John’s is the eighth stop for the Battle Apps series, hosted by the Underground Chef Co and sponsored by McCain Foods. The company is based out of Toronto, helping soon-to-be-discovered chefs hone their skills in the kitchen arena. What started off as small local battles in Montreal, Toronto, and Ottawa is now going coast-to-coast.

“What city are we in?” yelled Chef Devan Rajkumar rambunctiously as the Underground Chef Co representative greeted the audience and refereed the challenges throughout the evening. Surrounded by cameras from CBC’s live Facebook feed, the beer-downing crowd repeatedly screamed “St. John’s!”

Moose sausages and local blueberries were the secret ingredients the chefs were required to use in the dishes throughout the evening, and every round consisted of another surprise ingredient which came from the McCain larder. The first of the 20-minute rounds featured potato bites, followed by cauliflower, and then pickle spears for the third and final round.

“This is nerve-wracking!” said Kayla O’Brien, co-owner of Fork and Puddester’s partner, as she watched him plate up a dish for the four judges. CBC’s Peter Cowan, Jason Piercey from Out of the Fog, the Director of Marketing from McCain Foodservice Greg Boyer, and Piatto co-owner Kate Vallis had the daunting task of trying each of the dishes and awarding points.

The inventive nature of the dishes was evident in the challenge, with Puddester putting up Patatas Bravas with a blueberry moose sausage ragu and a soft poached egg in the potato bite round, or the warm cauliflower salad with blueberry, walnuts, jalapeno and parmesan cheese McCrowe pumped out for the second course.

“He has to stir in the butter!” said Nancy Brace from the Restaurant Association Newfoundland and Labrador as she watched McCrowe neglect sauce on the large TV screen in place just for the event.

In the final round, McCrowe was unable to finish plating his dish, but was given a few extra seconds to present to the judges. After three 20-minute rounds, the judge’s scores were tabulated for the three courses and Puddester squeaked by as the winner with a score of 264 to McCrowe’s 261.

“With the amount of talented chefs here, why don’t we do this more often?” said Kate Vallis, who was thrilled with the turnout and how the evening transpired. She is encouraged to produce more Newfoundland chef battles in the future.

Expect (and hope) for more local chef battles in here in St. John’s. 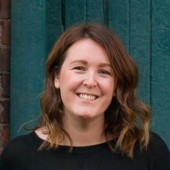 Joel Plaskett and His Dad Bill on Making Music Together and Their St. John’s Show This April