Local musician and Religious Studies graduate student Brad Pretty was subpoenaed last week while job searching on his laptop at a coffee shop. According to Pretty, two sheriffs approached him after spying him through the window of Jumping Bean on Duckworth Street, and informed him that he was being served.

According to Section 642(1) of the Criminal Code of Canada, sheriffs can summons people from the street. In this case, 20 people were summoned in public to fill the one remaining slot on the jury.

“Apparently most of them were subpoenaed at Dominion,” Pretty said.

Pretty says that the highlight of the whole ordeal was the VHS they were made to watch upon arrival at the courthouse, “produced somewhere between the late ’80s s and the cod moratorium.”

“The formidable film was full of convincing performances in the roles of ‘Young Successful Black Man’ and ‘Slightly Clueless Tradesperson,’” said Pretty, “while ‘Effeminate Defense Lawyer’ and ‘Awkward Prosecutor’ were only slightly terrible.”

After a snack of “Keurig coffee and bulk boxes of oatmeal bars,” the judge updated the potential jurors on acceptable reasons to be excused from jury duty.

Pretty began to fret; he could see no plausible excuse in his future, as he had no current employment occupying him.

“I heard people express their biases (he probably did it! said one woman), admit that they grew up with some of investigating officers, and frame their work life as being so important that massive corporations couldn’t function without them,” Pretty said.

To his surprise, mentioning that he was unemployed was just the key to get him out of jury duty.

“I expressed that I was unemployed and how jury duty wouldn’t really help me find a job,” Pretty said. “She said that was definitely grounds for exclusion.”

Brad Pretty was excused by the judge, and he was free to finish to his coffee. 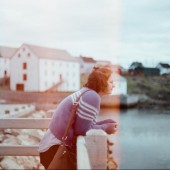 Unchecked Relic: A Blunder of City Planning in Georgestown