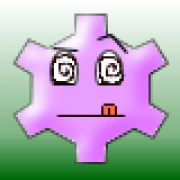 What will happen now? It is hard to say. The government made no official statement of support or opposition to the plan when it was revealed, or in the following three months.

While it’s true that throughout Canada most transit spending is predominantly a municipal responsibility, Newfoundland and Labrador is one of the last provinces not to have any form of direct funding for public transit.

Library lovers in St John’s have had some good news in the last year or so. Many of the new city councillors have voiced strong support for libraries, and there was even some discussion about the possibility of a new downtown library, inspired by the success of Halifax’s. The city has also recently given the St John’s Library Board a $50,000 grant to pay for half of the cost of a “bookmobile” – the largest capital sum ever given by the city to the library system.

A year after the government threatened to shut down 54 libraries (more than half of the province’s libraries), and provoked a storm of protest, a $187,000 consultants’ report pointed out funding of the system, even before the planned cuts, was “very low compared to virtually all other provinces.” But it is becoming apparent a solution to the problem will take years.

According to Ellsworth, Metrobus is about to start work on a 3 to 5 year strategic plan. As Derek Coffey, the Deputy city manager for Finance said, “we’d be almost fools to pass up fifty cent dollars” (federally-matched funding) but it is not clear yet where any future investment might go.